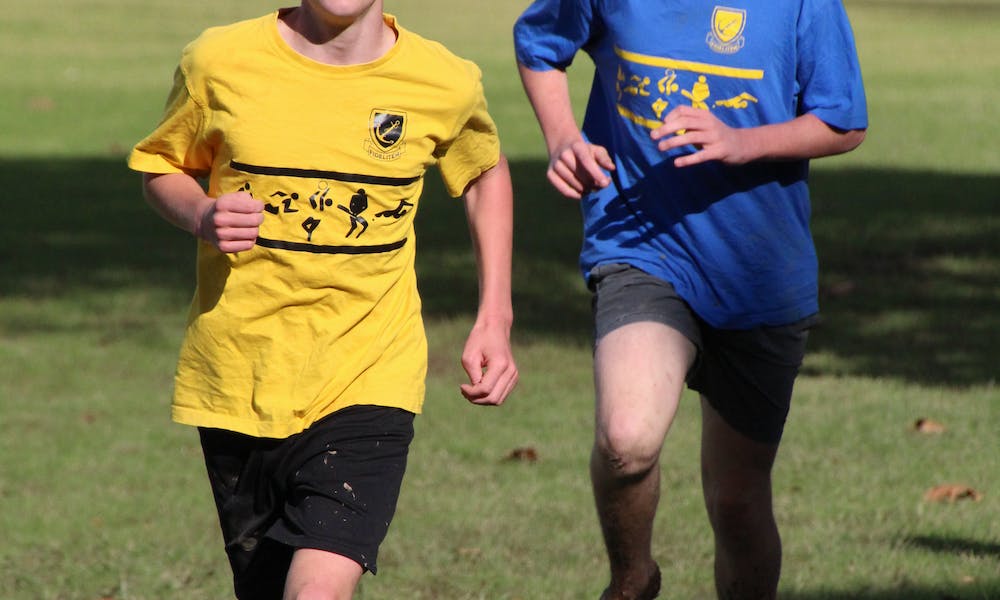 Bledisloe demonstrated strength as a whanau and brotherhood with the great success of placing 1st for the swimming sports at the start of the year. This was a momentous start to the year and showed what we could achieve if we all supported each other and took pride in our skills. This win set the tone for the year, which was that if we continued to act as a brotherhood, we could achieve success as a whanau. Even though Bledisloe was unable to stay in the lead, the brotherhood demonstrated this year in Bledisloe was still a massive win for the whanau.

Unfortunately, there were multiple setbacks this year, mainly due to covid-19 and the assessments and extra curricular activities that have stacked up because of our lost class time. However, even though competing for Bledisloe removed our whanau representatives from class, they still committed to participate in the offered whanau events. Despite Bledisloe not having many competitive representatives in each of the sports that were offered as whanau events this year, those who did participate made the whanau proud – not just because they competed against tough competitors in other whanau, but because they gave it a go and competed for the brotherhood. Each Bledisloe brother who has competed this year has collectively fought for our whanau and are all to be applauded for that.

Regardless of Bledisloe’s placing on the points board in 2020, Bledisloe has been a pleasure for both of us to lead. Our win at the start of the year was a definite highlight, and even though we were unable to maintain 1st place we had a lot of fun leading and strengthening the brotherhood that is Bledisloe whanau. Our hope for Bledisloe is that next year and in the future years to come, the brotherhood that is Bledisloe will continue to grow in strength and that the bonds we all form in this whanau will stay with us forever.

Welcome to the MIGHTY BLEDISLOE!

Bledisloe has been my home at WBHS since my first morning whanau time in Year 9 to this very day, and throughout my many years spent with this whanau, I have grown a liking to it that only a true member of Bledisloe could understand. My time in Bledisloe has had many ups and downs, especially in inter-whanau competitions, which Bledisloe, in the last few years, has usually been underdogs in, but still manage to punch well above our weight when it comes to it. These ups and downs are what have helped formed me into the person I am today, and it is the sense of brotherhood and camaraderie that helped me get through school, especially in my junior years, which I’m sure many of my peers can agree on, and I would like to thank all of my fellow Bledisloe housemates who have done their best to make our whanau proud.

2020 has been an uncertain time for us all, and with teachers and students alike being unsure of the future, it has been hard for us to be business as usual in terms of whanau competition. Despite this, I know Bledisloe did their best in inter-whanau comps this year and I thank them for this.

We started off the year with swimming sports, an event where Bledisloe has consistently placed poorly in previous years. This year was different though. With the combination of a strong group of swimmers in the whanau, huge participation, and a massive effort from our leadership team, Bledisloe managed to beat out Grey for 1st place, with many of our swimmers placing in their year groups. This win was what put fuel in the tank for our boys to get involved in future competitions.

Next up was Athletics. Grey was the expected winner in this section, and the event went mostly as predicted. For what we lacked in athletic event contenders, we made up for in whanau races and participation in running events, which prompts me to put out a special thank you to all those boys who put their hand up to race. The results of our efforts put us in a comfortable 3rd position. This was a bit of a knock back to reality for our boys, but we were still in second place, which we weren’t going to give up easily.

Touch was another strong point for Bledisloe as I knew there were heaps of boys keen to play and who were involved in touch outside of school. It was no competition for us out there and we came away with a clean 1st place, putting us back into that top spot on the leader board. The other events that happened throughout the year such as basketball, badminton, quiz, speech, volleyball and football were a mix of 3rds, 4ths and a few unlucky lasts, with the boys putting in their best effort for each and every event. It made me proud to be Whanau Captain seeing the level of sportsmanship, strength and resilience the Bledisloe boys showed throughout these events. Even when the ref calls were questionable and the odds were against us, the boys managed to keep a smile on their face and made the most out of the cards they were dealt.

Bledisloe has experienced many great successes and just as many bitter losses, but while 2020 may not have been the best year in the end for Bledisloe on paper, it was definitely a year that has changed a lot for this house in the future. Between the success we had in the swimming sports, touch and athletics, among many other events that our boys showed potential in over the year, I am confident in the fact that a whanau competition win is on the map for this house and that the younger boys in the coming years will get to experience being on the top.

My main goal coming into being a whanau captain was to make a change within the whanau and start to turn things around for us. Going through my early years in Bledisloe had been a painful experience to say the least. Going to school for each athletics day and swimming sports knowing that it was going to be a long day of last places, showing up to events with a team without much hope for winning, and the end of the school year when the title of top Whanau was awarded to either Grey or Hobson with my house often placing 5th or 4th. But this year something shifted. The knowledge that we will be the house to beat at events next year, especially swimming sports, and having a strong set of boys that are keen to compete and get amongst it is what tells me that something turned around this year. This is why I believe that I have accomplished my goal as whanau captain this year, and I hope that this change will carry on in the coming years.

As the time for me to pass on the whanau captain role draws nearer, I think more and more of the many years I’ve spent at WBHS and all those who’ve helped me along the way in the form of both teachers and peers. Throughout my time here, I have been stuck and needed help many times, but my teachers and mates have always been there to guide me and pick up on where I fall short and congratulate me on my successes. I am especially grateful this year for my teachers. Throughout the Covid-19 lockdown, my teachers along with many others, taught us online, taking time out of their days to help me pass the year while ensuring that we could all be safe. While it was hard for us as students to deal with this pandemic, it has been just as bad if not worse for teachers who still did the best they could for us, while under all the stress that came with the lockdown. It is for this which I and many others are thankful for.

I would like to specially acknowledge my two whanau teachers that I’ve had over my time here, Mrs Gurr who has left the school and Mr Sharma. Both of these teachers have been very supportive of me and my schooling and have managed to get me out on the field competing for our whanau year after year.

Over the 5 years I’ve been here at this school, I’ve made so many new mates and have had amazing opportunities given to me that I don’t think I could’ve found anywhere else, which is why I wouldn’t want to have gone to high school anywhere else. You get told time after time in your first days of year 9 that the best thing you can do at WBHS is to take any and every opportunity you’re given and to make the most out of it. At the time I didn’t really listen to this as I was more preoccupied with which of my mates were in my whanau, but as I got older and suddenly it was my turn to tell the new Year 9’s the same thing, I began to understand why they told us this, because if I didn’t take any of the opportunities I was given here, I wouldn’t have enjoyed my time here as much as I have and would feel a great sense of regret for the things I might have missed. It is for this reason that I say again to those coming into their first years here, and even for anyone else reading this, to take the opportunities that you’re given and run with them, because one day you will look back on your life and regret those experiences you missed out on.

I thank WBHS for my time here and wish luck for the current and future students, cheers.

“Life isn’t about how much money you make or the assets you build, but the experiences you have and opportunities you take” – Scribe