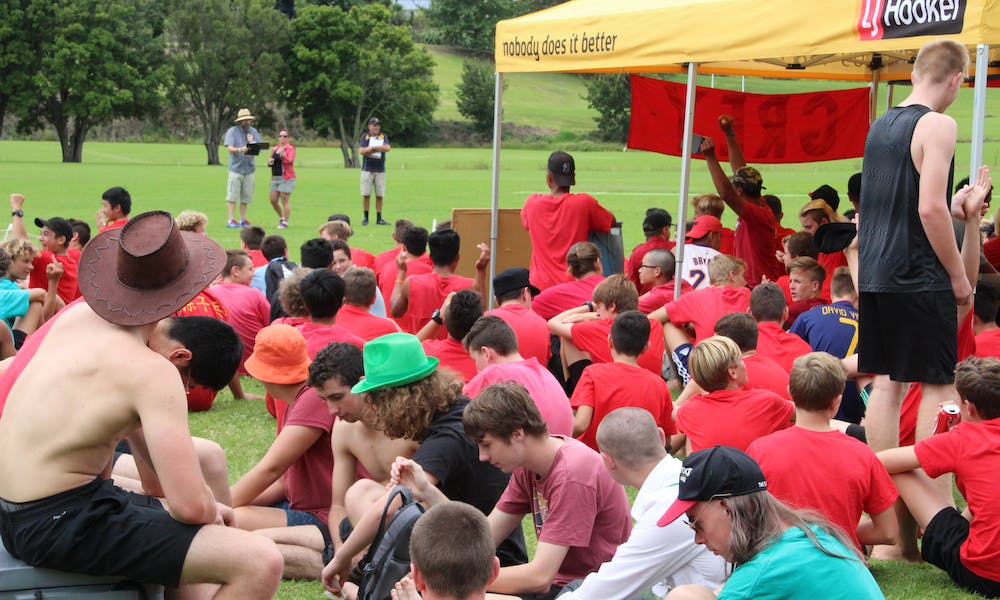 In another year affected by COVID-19, it was an honour for us to be Grey Whānau Captains for 2021. We knew it was going to be a challenge to defend the inter-whānau competition title but we were determined to live up to the impressive legacy that previous Grey Whānau Captains had left in the past. In the 4 years we have been at Whangārei Boys’ High School, Grey has won the Wilkinson Cup an impressive 3 times out of 4. We decided we wanted to make it 4 from 5 this year and continue the utter dominance that Grey has commanded. We knew it was going to be important to have as many events go ahead as possible, as Grey has such a strong mix of students in all year levels, with talented athletes and academically gifted boys all bringing in the points. Unfortunately, going into lockdown in term 3 meant some events were cancelled, as well as the national sports tournament week for the second year in a row. At the time of writing this, there are still several competitions yet to be decided such as the Haka, Values awards, and Academic points. Grey is in the lead in the overall inter-whānau competition by half a point meaning this year’s title will go down to the wire. We have faith that the boys will put in the hard yards and come out on top in this year’s competition.

The boys in Grey whānau are notorious for being highly competitive in every competition (except the haka) and this year proved to be no different. The first event of the year was swimming sports. The talk in the build-up to this event was that Bledisloe were the favourites to win, but we had our sights set on beating them. Swimming sports was also the first time we would have to organise our whānau, which was made much easier with the help of the rest of the Grey prefects and our whānau teachers. A big thanks to Shi-on Ko, Cole Towgood, Vivek Chauhan, Danial Sear, Matthew He, and Darren Nam for helping herd the 200+ boys into the pool for most of the events and also chipping in some money for drinks to reward the boys who took part. After some thrilling races, questionable costume choices, and countless sunburns, the closely contested senior championship was finally taken out by our very own Blake Dempster, leaving Grey in second going into the last few races. Unfortunately, the boys couldn’t close the points gap and it was clear that Grey would have to settle for second behind Bledisloe for the first event of 2021.

The very next event on the calendar was school athletics day. If you haven’t heard, there’s a 50 million dollar school being built on our field so we had to relocate to the Kensington running track. This proved to be quite enjoyable with a coffee van and a sausage sizzle run by some prefects providing refreshments throughout the day. Both of us decided to get involved with the competitive events, with Ben placing second in long and triple jumps and 800m run, while also competing in the 200m running event, the shot put and discus and high jump field events while I picked up a cheeky third place in the 200m. Towards the end of the day, we were both pretty proud of our contribution but we cannot take all the credit. The boys in Grey were dominant on the day blowing all the other whānau out of the water and cruising to a landslide victory making us very proud.

The rest of the year sped by with all sorts of events passing by. Controversially, it was decided that work-day money collection would count towards points which would have been nice to know before it was finished. Hard-fought victories in both junior and senior basketball gave us more confidence going into cross country in term 3. This event was cancelled last year, and the course had to be changed to allow for the new school which meant running along Western Hills Drive for a portion of the senior course which, all of a sudden, was great fun when we went past Mr. Lai who was playing motivational music in the park to egg us on. More recently, good results in the quiz, football, and badminton put Grey in a strong position going into the last events of the year in term 3.

Being a whānau captain this year has been about much more than just organising teams for events. This year marked the first time that assemblies were being run entirely by the senior prefect team. Admittedly, speaking at these assemblies has not been high on either of our to-do lists. Whenever we have been forced to speak, we have learned from the experience. It is seriously intimidating to walk up to the microphone and look out at the 300 faces staring at you (It’s even harder when you see your mates in the back row making funny faces). The best part about the public speaking practice in assemblies was the practice that allowed me (Hayden) to present a poem called Pastures Green at the annual ANZAC assembly at the end of term 1. This assembly is a big deal as we usually have a list of dignitaries and war veterans present to honour the fallen, so presenting this poem to them was huge.

Working with the other whānau captains and the rest of the Prefect team this year has been a lively and entertaining experience. We’d like to thank all the staff who helped us out over the last 5 years, from our Grey whānau teachers to our deans. Lastly, we would like to thank all of the boys in Grey who made it such a good year for our whānau. Thank you for the passion and effort you have put into every competition making Grey such an unstoppable force. We love to see such an inspirational attitude and can only hope it extends into next year. To next year’s Whānau Captains; We hope that you enjoy the role as much as we did and that you can keep the tradition of being the best whānau, alive. Good luck.