In winter of 1878 a group of Whangārei citizens approached Sir Robert Douglas, Member of Parliament for Marsden, to seek his help in establishing a high school in the pioneering township of Whangārei. Sir Robert introduced a bill to Parliament on 30 September which, after passing through the Waste Lands Committee, was presented to the Legislative Council, on 26 October 1878 by the Hon. Dr Pollen.

On 2 November Parliament passed the Whangārei High School Act -1878, and set in motion the train of events leading up to the opening of Whangārei High School. In accordance with a Proclamation published in the New Zealand Gazette by his Excellency the Governor, the first meeting of the Board of Governors was held in the Whangārei Courthouse on 11 November 1879. Present were MCH Reid, R Reyburn, F Smith, JI Wilson, J Whytlaw and R Sissons. It was moved by JI Wilson, seconded by Mr Reid, and carried, that Mr R Reyburn be Chairman for the current year. The Chairman was instructed to call for tenders to lease the School Reserve Endowment consisting of 3,891 acres (less 50 acres for a cemetery) known as the Kioreroa Block. It was thought that by leasing this land for pastoral purposes sufficient monies could be obtained to support the school. The endowment valued at one pound (around $2.50) an acre, unfortunately proved unworthy of the Board’s hopes and after several years of fruitless endeavour they realised the general character of the land was so poor it would be many years before any substantial profit could be gained from it. The endowment was finally handed over to the crown at the beginning of 1950 and ironically, began rapidly increasing in value shortly afterwards.

In April 1881 the Governors resolved to start the school, their first task being to find suitable premises. Joseph Bell and Finlayson Smith were of the opinion that the Wesleyan Church would be an ideal building but it wasn’t available and the School opened on 16 May in one of two front rooms at Francis Wood’s Cameron Street house. The other room was in use as a library. During 1934, the two-building Manual and Technical School established in 1905 in the Primary School grounds on Bank Street where domestic science, woodwork, and metalwork was taken by the High School pupils, was transferred to the more convenient Lupton Avenue site.

1935 was the fourth consecutive year during which a systematic scheme to beautify the school grounds was in operation. Over 300 trees and shrubs consisting of 130 varieties were planted in the grounds of both schools, and to this day the School is indebted to the Board of Governors, many friends of the school, and to the pupils who subscribed each year towards the provision of a tree. Funds were raised at various times to purchase copies of paintings by famous masters. By the end of 1935 a collection of 37 prints was framed and hung on the walls. Under the auspices of the Old Pupils’ Association, flowering cherry trees to flank the drive across the school grounds from Lupton Avenue to Russell Road were presented by Old Girls who had been Head Prefects while at school. The trees were planted on 16 September 1936. The Head Prefect every year from 1912 was either present or had entrusted the planting of her tree to a nominated representative.

Provision was made under the wills of the late George Kerr and Mrs MJ McLachlan for the award of scholarships tenable at the school. The Kerr Scholarship of approximately $20 per annum was founded in 1912, and is for boys and girls attending any primary school in Whangārei County, other than in the borough of Whangārei. The McLachlan Scholarship of $70 per annum was first competed for in 1936, and is open to children attending schools further than 10 miles from Whangārei. The Memorial Gates forming the impressive approach to the Boys’ School from Kent Road were erected by the Old Pupils’ Association and unveiled by the president, Mr J McLeod, on 11 September 1937. They are dedicated to the grateful remembrance of old pupils of the School who fell in the Great War (1914-18). 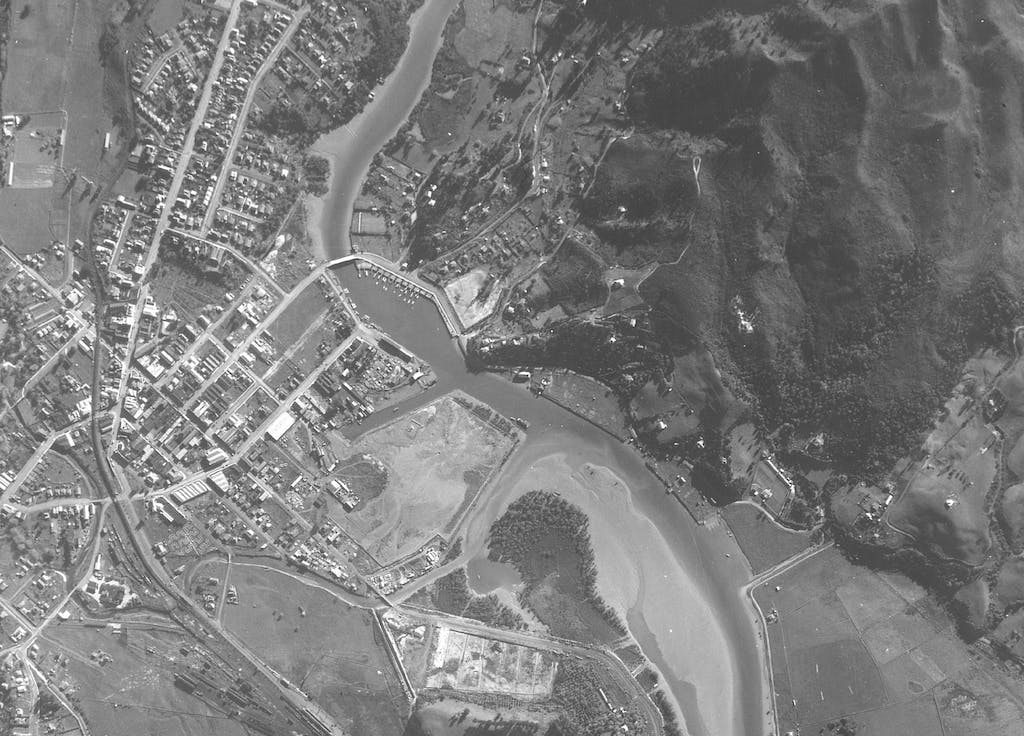 In 1938 the appearance of the Boys’ School precincts was improved by the addition of gates at the School Lane entrance. Plasterers were engaged to put a layer of snowcrete on the walls. All that remained to be done was to lay a concrete path round high use areas, tidy up the terraces, erect a cyclone fence, and plant a hedge. The inlet pipes from the stream were laid and water was expected to flow through them as soon as the pump was installed; the latest advice being that the pump was on its way. Considerable credit was owing to Form VIB who had ‘done great work’ on the terraces around the baths; it had not been definitely established whether the French or the non-French section were superior as shovelers, barrowmen or extractors of rocks, but both sections certainly showed great skill with the Abney level. It was hoped to have the concrete surround laid within a few weeks, and the terraces prepared for autumn sowing. Many generations of boys must have dreamed about the official opening of our own baths on 6 November 1950. Thanks to the co-operation of the Borough Council and the Fire Brigade, they were filled with the best the Hatea could provide, not crystal clear, but nevertheless water! The day was fine and warm as upwards of 400 boys lined up around the edge to take the plunge when the Chairman of the Board, Mr HG Carruth, declared the baths officially open. What a grand opening it was: there may never again be as big a splash in Whangārei, and never again as many boys using the baths at one time. In the years to come, probably as many generations of boys as have passed through the School will have cause to thank those whose skill, enthusiasm and money have provided this valuable asset. In their name we again express our gratitude. Just prior to the actual opening, Head Prefect, WJ Dent expressed the boys’ appreciation of Mr King’s generosity and asked him to accept a small gift as a memento of the occasion.

The School Pool In 1950 the hole was excavated during the Christmas holidays at the beginning of the year. We really knew then that nothing could stop the baths from materialising. It was felt to be a pity to waste the blisters the Headmaster, Mr King, and others had developed on their hands in their efforts to help in the operation. Only spasmodic progress was made then for some months, with one or two workmen seeming to take a long time to bend steel and make boxing. Suddenly more men appeared, steel was placed, concrete was poured for the floor, boxing was erected, more concrete was poured in the walls, the boxing was taken away and there it lay in all its beauty. Then the boys swarmed round to do as much back-filling as they could before Mr Gwyn with his magic bulldozer appeared on the scene.